Strata Information Technology has been serving the Encino area since 2007, providing IT Support such as technical helpdesk support, computer support, and consulting to small and medium-sized businesses.
Categories
Tags

What Do You Think About a Four-Day Workweek?

There are many proponents of the four-day workweek, so many to the point where it is actively being implemented to determine if it is as successful of a strategy as it is in theory. You might be surprised to hear that it is, in fact, a successful business model, and there are studies to back it up.

But first, let’s look at how the four-day workweek should be set up to see maximum productivity.

The Trick: No Longer Days or Less Pay

The big thing about the four-day workweek is that businesses wonder when, exactly, the work for that fifth day will get done, and if it’s not getting done, will employees accept a pay cut in response to it? The four-day workweek model is instead built on the 100-80-100 model posited by 4 Day Week Global (a non-for-profit community that supports a four-day workweek), where employees can get 100% of the work done in 80% of the time while still achieving 100% productivity.

This might seem like a difficult goal to achieve, but it’s not exactly far-fetched, especially in light of recent events.

Studies Show That the Four-Day Workweek is Effective

4 Day Week Global is an organization that spans the world, and as such, there have been pilots from the United States, United Kingdom, Canada, New Zealand, Europe, Australia, and South Africa. The results of these pilot projects are in favor of the four-day workweek, showing that it is indeed possible to achieve the same results as a five-day workweek in a shorter period of time.

One example is the UK’s pilot of the four-day workweek, where multiple different industries involving 3,300 workers from over 70 companies reported 95% consistency and improved productivity. Here is a breakdown of the results:

The biggest number to consider is that 86% of those surveyed are considering a permanent switch to a four-day workweek.

How Does the Four-Day Workweek Produce as Much Work as Five Days?

It sounds too good to be true, for sure, but this work is getting done somehow. There are several factors that could be contributing to this increase in productivity, such as the reduction of “workplace theater,” or an employee trying to look busy rather than actually being busy. You can also imagine that with only four days on the clock, employees are just less burnt out and feeling better about their work, leading to greater productivity and less turnover on the whole. Microsoft Japan, for example, saw productivity increase by 40% as a result of the four-day workweek.

The basic premise here is that employees are focusing more on the work they are doing rather than the time spent in the office.

Similar Levels of Productivity Were Reported During the Remote Work Boom

Remote work was the norm for so long that people are simply used to getting work done in a remote setting. This is proof that the status quo is due for a change. Whether or not the next big shift will be the four-day workweek is still up in the air, but regardless, it’s something that will likely take some time to adjust to. If the four-day workweek will ever take off, it will be because executives and decision-makers are committed to it.

However You Work, We’re Here to Help

Whether you want to try the four-day workweek or stick to the usual, Strata Information Technology has IT services to help your business flourish. To learn more, give us a call at 888.678.7282.

Tags:
Workplace Strategy Business Efficiency
How to Improve Your Android’s Autocorrect
Tip of the Week: Add Dropdown Menus to Your Excel ...

More posts from author
Friday, January 06 2023 Small Businesses Should Explore These 3 IT Trends This Year
Wednesday, January 04 2023 Tip of the Week: What to Do to Avoid Malware
Monday, January 02 2023 Review Your Data Backup and Disaster Recovery Strategy for 2023
Comment for this post has been locked by admin. 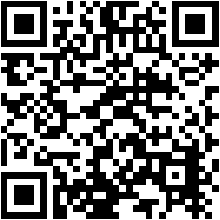