Virtual Assistants are Everywhere… What Will This Mean at Work?

Virtual assistants are everywhere. Either a device can be controlled with them, or it has the assistant built into it natively, and they are now common in the home and the office alike. In fact, their daily use in the workplace has been predicted by Gartner to reach 25 percent by 2021.

If that doesn’t sound all that impressive, consider that 2019 saw this figure at less than two percent.

How Virtual Assistants Will Be Put to Work

If we’re going to be brutally honest right now, these virtual assistants are pretty severely limited, at least compared to the aspirations many people have for them. As they stand, today’s virtual assistants have a very direct line of operation - command, action, response - where they receive an order from a user, determine whether or not they can do as ordered (and if so, do it), and report back to the user.

However, as artificial intelligence and machine learning are becoming more capable, it is exceptionally likely that these limitations will be reduced, becoming more of an active boost to productivity than it is a passive convenience.

There are three major factors that will play a large role in this shift becoming practicable: improvements to critical thinking, enhanced perception, and greater trust.

As we were just discussing, current assistants are somewhat limited in their capabilities. Naturally, it only makes sense that these limitations are reduced over time as the processing capabilities that these assistants can lean on are improved, assisted by the growing amount of historical data that they can reference. As this becomes the case, they will be able to deal with more issues, faster, freeing up even more time for your employees to spend on progressive projects.

Most of us have heard the hotly-debated (and heavily misquoted) statement that only seven or eight percent of communication has to do with the words you say, and much more is communicated by how these words are said. This “fact” comes from a gross oversimplification of a few studies performed by researcher Albert Mehrabian, where he found that - to quote his book, Nonverbal Communication: "When there are inconsistencies between attitudes communicated verbally and posturally, the postural component should dominate in determining the total attitude that is inferred."

In other words, how a person sounds and their body language as they are saying something gives a great deal of context to the statement. This is lost on today’s virtual assistants, but perhaps they will soon be able to process these cues. Other cues that may be introduced? Things like gestures, understanding the emphasis that animation naturally adds or being able to follow a user’s gaze.

One of the biggest hurdles to adopting the capabilities of virtual assistants in the office is the association that they have with automation, and the idea that effectively any job could be automated away scares a lot of people nowadays. However, by promoting virtual assistants as a means of better doing an existing job (instead of an alternative means to you doing the job) employees will be far more likely to accept the technology for what it will be - an undeniably useful tool.

What do you think about virtual assistants? Could you ever see them being a part of your workplace culture? Share your outlook in the comments!

Facebook Twitter LinkedIn
Tags:
Productivity Miscellaneous Technology
Hosted Desktops and How They May Be Right for You
A Look at the Top Smartphones Heading Into 2020

More posts from author
Friday, September 18 2020 What Data Privacy will Look Like in the Future
Wednesday, September 16 2020 Tip of the Week: 7 Ways You Can Extend Your Device’s Battery Life
Monday, September 14 2020 Technology to Streamline Professional Services
Comment for this post has been locked by admin. 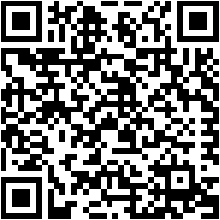