Have you ever heard the phrase zero-day threat? Basically, they are the scariest threats out there, because they are unaddressed and unresolved by the software developer, all while being actively exploited in the wild. This effectively gives the developer zero days to address the issue before it becomes a problem. Today, one of the most dangerous threats of the zero-day variety takes advantage of a weakness in Internet Explorer - but there is now a patch for it.

This threat is called the Double Kill Internet Explorer vulnerability, and it was found by Chinese developers from a computer security company called Qihoo 360 Core Security. Unfortunately, they have been relatively quiet about what the specifics of this double-kill IE bug really are. This makes it much more difficult to address and identify, as identifying the warning signs can become nigh-impossible. After all, if you don’t know anything about the threat, how can you protect your business from it?

This threat uses Word documents to spread, leveraging a flaw in the Windows VBScript engine. When the Word document is opened, Internet Explorer is also opened in the background, triggering a download for an executable file. This vulnerability is designed to operate in the background without notifying the user in any way. The downloaded executable file will install a Trojan horse malware on the device, allowing the hacker to infiltrate the system at a later date without the user’s knowledge.

While we know what the threat is, there is still a lot more that we don’t know about it for sure. Professionals aren’t sure if all Word documents are affected, or if the threat needs Microsoft Office specifically installed on the device in order for the vulnerability to take root. No one even knows what role Internet Explorer plays in the attack either, or if the documents that initiate the attack are identifiable.

The only way to optimize your security against zero-day threats is to ensure that you keep best practices in mind at all times.

To get started thinking about how you can protect your business from an unknown threat, be sure to consider the basics. For one, you should never download a file from an unexpected sender. You might get emails from suspicious addresses claiming to be resumes, receipts, or other documents that your business might find useful. You can never know for sure if you’re putting your business in danger by downloading these files, so it’s best to err on the side of caution and bolster your defenses with enterprise-level security solutions. It’s especially important that you do this as soon as possible, as you never know what new types of threats will be made apparent on a daily basis.

To learn more about how your organization can protect its assets and ensure security, reach out to Strata Information Technology at 888.678.7282. 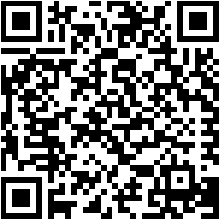