The First Half of 2019 Sees Precipitous Rise in Data Breaches

A recent report by Risk Based Security confirmed what many people already knew: data breaches are increasing in frequency and scope.

In the first half of 2019, there were 3,816 data breaches, a 54% increase from the same period in 2018. In total, more than 4 billion records were stolen. While the majority of these records, 3.2 billion were stolen as part of eight high-profile breaches, more than one billion records were taken in lesser known data heists from smaller organizations.

The healthcare sector led all industries with 224 data breaches while retail and finance accounted for 199 and 183 breaches respectively. Meanwhile government and education have collectively endured nearly 300 data breaches.

According to the report, email addresses and passwords were the most sought after data, occurring in more than 70% of data heists. In contrast, only 11% of data breaches contained financial information like credit card numbers.

Email addresses and passwords can be used to promulgate additional cybercrimes, and companies need to train their employees to protect this information as phishing scams and other attacks threaten the integrity of these credentials and business’ entire cyber infrastructure. For starters, implementing comprehensive awareness training can help strengthen the security of your company’s email addresses and passwords. 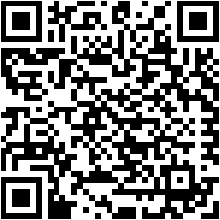