Strata Information Technology has been serving the Encino area since 2007, providing IT Support such as technical helpdesk support, computer support, and consulting to small and medium-sized businesses.

Credential Stuffing and How It Can Lead to a Data Breach

Right now, a lot of people have had a lot more time on their hands than they typically would, so many of them are spending a lot of time on the assorted streaming services to entertain themselves. Unfortunately, cybercriminals have taken note. In light of all this, it seems like an apt time to discuss a particular threat known as credential stuffing.

What Can Be Learned from the Most Recent DBIR

Since 2008, Verizon has released an annual report that details the cybersecurity incident trends from the beginning of the year. As usual, this year’s edition provided some insights into the patterns witnessed in 2019, hopefully giving us a greater appreciation for how cybercriminals are shaping their attacks. Let’s go over some of the trends that the Verizon Business 2020 Data Breach Investigations Report (DBIR) revealed to us.

Make Sure Your Team Is Always Thinking about Security

As a greater proportion of the workforce is spending time at home working remotely, it is important to keep security even more in mind than usual. Not only are people apt to be online more, they will also be outside of the protections that your business provides. This gives scammers an opportunity to embrace.

The World Health Organization has been increasingly associated with cybercrime as of late, both as a target and as a spoofed entity. Naturally, this is to be somewhat anticipated, giving the continued global health crisis that we are all facing. Let’s go over some of the events that the WHO has been associated with as of late.

What Will Cybersecurity (Probably) Look Like in the Near Future?

It isn’t exactly news that businesses of all sizes need to be concerned about cyberthreats - especially since, as time passes, these threats have become more serious and insidious. Up until this point, there have been tried-and-true methods that businesses could leverage to stop these threats, but hackers are very clever when it comes to their attacks. What can a business do?

Working in conjunction with the Ponemon Institute, IBM Security completed a report tracking trends in 2018’s data breaches. As you might imagine, much of the data contained in this report could be seen as troubling to a business.

Intro to Your Tech: Dark Web

Do Your Employees Have Any of These Six Hackable Habits?

Habits are hard to break - but there are some habits that simply have to be broken if your business is going to be secure. Many of these habits may have been developed by your employees, which means that it is important that you recognize them.

Malware is a commonality in today’s computing environment, though businesses do everything in their power to avoid encountering it. Some people have difficulty identifying threats, which makes for a dangerous situation whenever they actually have to handle them. We’ve put together a malware guide that will help your employees identify the most common types of threats out there, as well as how to respond to them.

Hackers aren’t the only ones out there developing malware tools, but sometimes, they get their hands on some of the others. This is precisely what happened when Double Pulsar, a malware that the NSA has used in the past, was paired with a Chinese hacking tool and used to attack Hong Kong and Belgium in 2016.

Ransomware Can Just Be Devastating

Ransomware is still going strong, and now more than ever it’s important to emphasize the danger that it poses for your organization. Even municipalities and other high-profile targets are at risk of being taken down by ransomware. Since 2013, over 170 government systems at the county, city, or state levels have been attacked.

Understanding the Dangers of a Man-in-the-Middle Attack

Have you ever played the telephone game? One person in a group whispers a phrase to another, who then passes it to another, and the fun is had when the group shares what they heard and how the message was garbled along the way. In many ways, this activity is similar to a Man-in-the-Middle (MitM) attack - although the attack is a lot less fun than the game.

Most Noteworthy Data Breaches in 2019

With data starting to be treated more like a commodity, companies are spending more time and money attempting to secure the data they have. Some organizations aren’t successful. In 2018 over 446.5 million records were exposed, even as data breaches dropped by 23 percent to 1,244. Today we take a look at some of the most noteworthy data breaches that have happened in the first four months of 2019.

ALERT: Over a Million Asus Laptops Could Have Been Hacked

If you own an Asus laptop, there is a chance that a recent update could have installed malware, and we are urging anyone who has an Asus device reach out to us to have it looked at.

How to Go About Detecting Cryptomining

One of the most dangerous and upcoming threats out there is cryptojacking. This process involves a malicious entity installing cryptomining malware on a user’s device without their knowledge or consent, allowing for a steady, reliable stream of income. What are the details behind cryptomining, and how can you keep your devices from becoming complicit in the schemes of hackers? Let’s find out.

SamSam Is More than a Computer Virus

I think by now most people understand just how dangerous ransomware is. Even with some of the ridiculous names they have like Gandcrab, Jigsaw, and WannaCry. Hell, two strains even have names from the James Bond canon: LeChiffre and GoldenEye. But one funny-named strain of ransomware, SamSam, has been devastating information systems for sometime, and has caught the eye of several U.S. law enforcement agencies.

A Short Look at 2018 in Cybersecurity

Hackers and other security threats are everyday problems for users all over the world. We’re not even talking about just simple phishing emails--you’d be surprised by how many victims are from straight-up hacking attacks. The security sector has been forced to adapt, growing at an astronomical rate. To help your organization get up to speed on the latest threats and hacks, we’ve put together a list of the first half of 2018’s most notorious breaches and statistics related to them.

This Botnet Proves That There’s No Honor Among Thieves

Cybercriminals and hackers aren’t exactly examples of the most trustworthy people online, so it should come as no surprise that they are willing to exploit each other for their own benefit. We recently saw an example of this phenomenon with the Cobain botnet.

Your Politics Have Been Breached

From our Security Awareness Training Partner, KnowBe4 this is a huge breach with major consequences you need to be aware of.
Gizmodo reported on a blog post by IT Security company UpGuard which revealed the largest US voter data leak to date.

Political data gathered on more than 198 million US citizens was exposed this month after a marketing firm contracted by the Republican National Committee stored internal documents on a publicly accessible Amazon server and was available for 12 days for anyone with the URL.

Deep Root Analytics, a conservative data firm that identifies audiences for political ads, confirmed ownership of the data to Gizmodo on Friday.

On June 12th, the U.S. Department of Homeland Security issued a warning to power grid operators and electric utilities concerning a newly surfaced malware called CrashOverride (aka Industroyer). Only, it’s not entirely new. The world has seen this before and the fallout from it is concerning. 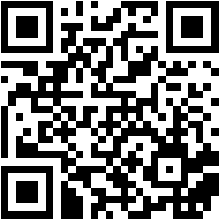