Make Sure You Are Using Supported Software

Any organization that is running unpatched versions of older Windows operating systems is playing with fire… period. Therefore, it’s your prerogative to make sure you’re adequately protecting your business’ data, and one of the most important ways you can do this is by ensuring your infrastructure is properly maintained.

Why Are Windows Updates So Important?

Windows is a complicated operating system, due in part to the fact that it has to be compatible with the tools that countless organizations work with on a daily basis, as well as the countless features that people have come to expect from business-class workstations. When anything is as popular as Microsoft Windows, you get hackers out there attempting to crack the operating system to discover vulnerabilities. These vulnerabilities are then exploited for a profit. Windows updates are meant to keep this from happening, but they are only effective if the patches and updates are constantly updated.

**Please note that sometimes it isn’t a good idea to just let Windows updates run automatically. Sometimes an update can break something else (like a third-party application or internal workflow). It’s best to test updates before deploying them across your network.

Problems Get Exposed as they are Fixed

Here’s an old school example of a situation that cost companies millions of dollars. Years ago, there were payphones on every street in America. Not that people born after 2000 would have any idea what a payphone is, but at one time, they were extraordinarily popular. Initially, you could be able to fool the payphone into thinking you were putting in coins with what is called a slug. You’d drop some washer in the coin slot, and bingo, you could talk to people without having to have any actual currency.

To combat this, newer payphones were built that had multiple sensors to measure and analyze the coin in real time to determine if it were real. The new payphones didn’t look like the old ones, so people stopped trying to make outgoing calls with washers as currency.

The point here is that the older the payphone was, the more apt it was hacked, and people in the know about these things would target older payphones (with a pocketful of washers) to avoid paying the ridiculous outgoing rate of a phone call.

The same thing happens with old software. When Microsoft retires their software, it exposes that software to hackers, who will be lying in wait to have their way with the network running unpatched and unsupported software.

If you are running a version of Windows (or any software) that has reached the end of its developmental and support life, you are playing with fire.

For example, if you are still running Windows Vista (please, I hope you aren’t) then Microsoft’s mainstream support ended in April 2012. They offered extended support up until April 2017.

Back to our example of running Windows Vista (my fingers crossed that this example is purely hypothetical and nobody is still using Vista), it’s pretty clear that Windows Vista was not the shining example of the perfect operating system and that by the end of life there were no flaws whatsoever for hackers to target. If you are running Vista now, you are constantly wide open for any threats that the operating system doesn’t have protections against.

Here’s a list of the current operating system and server end-of-life dates.

Don’t run outdated software and put yourself at risk, call the IT experts at Strata Information Technology at 888.678.7282 to upgrade today! 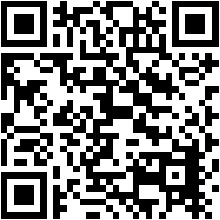