A Look at the Best Smartphones Heading into 2020

A person’s smartphone is more than just a phone to most people. In fact, smartphone use is now so expected that companies are now trying to find a way to utilize their employees’ use of their devices rather than keeping them from using them. Today, we thought we would take a look at the current smartphone market.

To make a good smartphone experience in 2019 is to create a device that has ubiquitous connectivity, the processing power to run complex programs, the storage space to save high-definition pictures and video, the cameras to capture those pictures and video, the battery life that doesn’t keep the user tethered to a power cord all day long, and a display that is both durable and crisp. The smartphone manufacturer has to accomplish all these things at a time when their profit margins aren’t what they used to be. This has created a situation where the haves and the have-nots are easily identifiable. Nothing makes this more evident than the market share of the companies vying for the top spot in the smartphone market.

The global smartphone market shows that there are a handful of major smartphone retailers that are vying for a majority of the market. Samsung, Apple, Huawei, Xiaomi, Oppo, and Vivo all currently have at least an eight percent market share globally. When you look at regional sales however, you see a very different story. In the United States, Apple is the largest distributor of smartphones with a 41 percent market share, with only Korean manufacturers Samsung (21 percent) and LG (13 percent) holding more than 10 percent of the market.

Things are basically the same in much of the English-speaking world. In the UK and Australia, Apple comes in with 49 percent and 55 percent of the market share, respectively. Samsung is a distant second with 29 percent and 22 percent, respectively. In mainland Europe, however, Samsung’s market share is nearly twice Apple’s. Overall there are over 1.5 billion smartphones shipped every year for a market that is now at nearly three billion people.

82 percent of people in the UK and 77 percent of Americans own one. Predictably, China is actually the largest smartphone market with nearly 800 million smartphone owners. Conversely, there are some places where smartphone adoption hasn’t reached high percentages. Despite having nearly 1.4 billion people, the smartphone ownership rate in India is only around 28 percent. Other potential growth markets include Indonesia (27 percent), Pakistan (14 percent), and Nigeria (13 percent).

Innovation of the Modern Smartphone

Most people trace the modern smartphone back to Steve Jobs. This isn’t a mistake. Apple’s iPhone was the first device to incorporate all the things people would want in their device. Today, the worst smartphone is better than any smartphone made before 2010, and each year it seems as if manufacturers are looking for the next big thing to put in their devices. For example, in 2018 Huawei was the first major smartphone manufacturer to put a fingerprint reader in the display of the phone. The following year, half a dozen manufacturers were equipping this feature. From processing, to battery life, to camera options, to app-store size, consumers are constantly looking for the next big thing; and in 2020 it seems as if we are going to see it.

2020 will be the first year where manufacturers will be looking to change the form factor of the device for about a decade. Sure, bezels have gone away for infinity screens, and batteries can’t be swapped out any longer, but the fundamentals of the smartphone have remained the same. It is a device between four and seven inches tall and all around three-inches wide. Besides gimmick additions that some manufacturers have relied on to carve out a small market share (Moto mods just never took off), the smartphone relies on the hardware and software working better than its competitors to succeed. You can really see that happening in the 2019-2020 smartphones. The best phones are no longer the best because people say they are, they are because they function as all-in-one productivity machines that can also play games, cast a desktop experience to a thin client, and work with thousands of other devices to be the central hub to a smart life. Let’s take a look at some of the new features you are going to find on the best smartphones in the world.

Today’s displays are not only more durable than any displays that have come before, they are much better. Today, most major flagship smartphones come with displays that feature pixel densities approaching 500 pixels per square inch. The just-released Google Pixel 4 XL ($999) features a 6.3-inch P-OLED screen with a 1,440 x 3,040 resolution (~537 ppi).

Smartphone processors are getting better than ever and are advancing 7nm chip manufacturing relatively quickly. Each of the top manufacturers used to rely on one or two manufacturers to make their chipsets, but today they each have their own chips designed for their own devices. Some of the top chips available right now are Apple’s A13 Bionic, Qualcomm’s Snapdragon 855+, Huawei’s Kirin 990 5G, and Samsung’s Exynos 9825 chip.

Well, we should say cameras, plural. Every flagship smartphone, and many budget ones have multiple cameras nowadays. People want to capture their experiences, and with today's smartphones they have a multitude of options from super wide-angle lenses to telephoto zoom lenses that zoom up to 40x.

While batteries have improved significantly, they haven’t really changed all that much for the past several years. Even as devices approach 5,000mAh, change is on the horizon. Innovations in battery technology will soon keep your phones charged and functional for longer, a proposition that will excite every mobile user. The real goal is ensuring that most phones will last a full day, and innovations to the other hardware and software on the phone are really what make this happen.

A lot of the differences between the specifications on the flagship smartphones are minimal. They all have impressive hardware. What separates devices more today than ever is the software that runs the user experience. Sure, Apple’s iOS is the standard for many in the smartphone industry, but it is only available on Apple products. Android 9.0 Pie, which can be found on the majority of devices nowadays, offers an app store that is comparable to, and in some ways superior, to iOS.

Speaking of apps, they now drive the mobile experience more than ever; and some are very resource intensive. In fact, users that go for budget devices run the risk of not being able to properly run some software, a major problem for any user.

Unfortunately for everyone, security has to be top-of-mind for every person that uses their mobile device for work or personal tasks in which they exchange sensitive or personal information. Since that is about everyone, device manufacturers have tried to incorporate a fair amount of security on the device. Fingerprint scanners, whether they are in-display or not, are good ways to keep unwanted people out of a device. Facial scanners are also being developed for security purposes, but as more and more hackers are targeting mobile users, more will have to be done in the future. Some companies, like Samsung, bring security to the forefront with their Samsung Knox tools, and most modern smartphones will allow you to push security policies through Active Directory so you can establish safe policies for your employees while they access company data.

This is where you are going to see the biggest change going forward. As we described earlier, most smartphones look generally the same, but today, because of the innovation of OLED technology, manufacturers are starting to build devices with flexible displays that actually work to improve the user’s mobile experience by giving them the option to extend or decrease the device’s form factor on demand. We’ll have to see how this pans out over the next year or so, but the initial hands-on impression with Samsung’s high-end folding phone was lukewarm at best.

Regardless of how you use a smartphone, there is no doubt that they are at the epicenter of the information age and will continue to be both a massive benefit, and a risk for the modern business. Speaking of which, if your business hasn’t already found a way to use this smartphone boom to its advantage, or if it is still a major disadvantage for your business, you need to talk to the IT professionals at Strata Information Technology. Not only can we help you with your organization’s mobile device management, we also can point you in the direction of some strategies that can turn your distracted employees into resources for a growing mobile business. Call us today at 888.678.7282 to learn more. 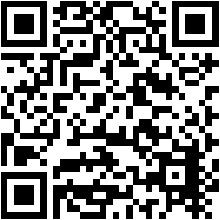